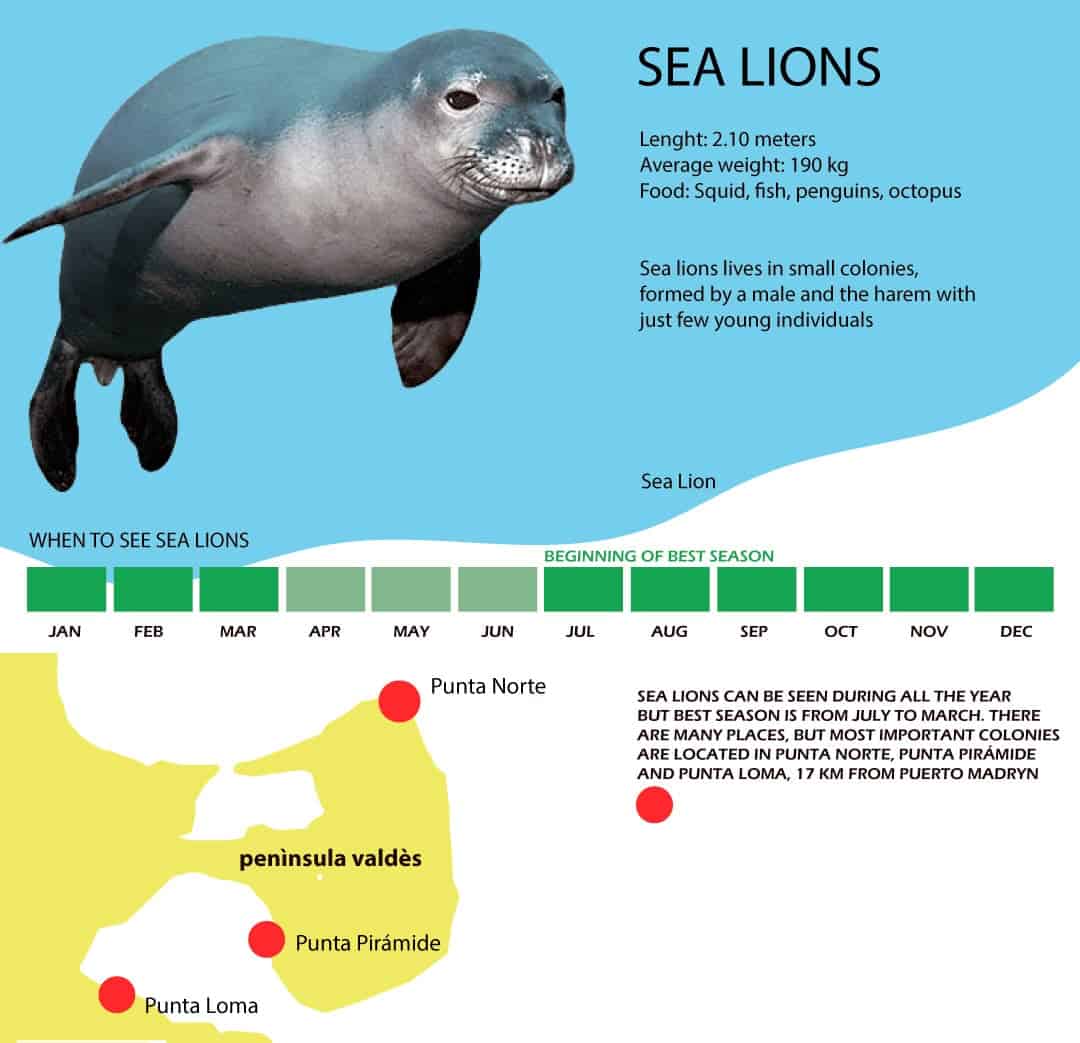 SEA LIONS: When to see in Peninsula Valdes

The Leon Marino has leonine physiognomy. The adult males have a robust head, with a dense mane that also covers the neck and part of the chest, hence the name of sea lions. Food: fish, squid and crustaceans.

The coloration of adults varies from brown to light yellowish brown. Newborns are black until the first molt, which occurs at the month of life, in which they adopt a dark brown color.

The groups of males begin to occupy the reproductive colonies from the month of December, to occupy a territory that they defend aggressively while they wait for the arrival of the females that occurs within the following days. These aggressions between males occur with poor physical contact and consist mainly of threatening postures and roars. Each male obtains a harem that does not exceed 10 females, although females “steal” each other, sometimes causing serious injuries to the female and sometimes ending the life of the female or of a puppy that was left in the middle of the fight. The females stop their young within a few days of arriving and are again receptive a week after delivery, when they are copulated by the males who successfully occupied a place in the colony. The reproductive activities of the colony end towards the end of February, when only the females remain with the young they are breastfeeding for about 8 months.

The old and very young males who were defeated by the alpha males in the territorial struggle are grouped in the periphery or surroundings of the colonies and one of the behaviors they show is the “kidnapping of females” to which they arrive from the colony to a nearby coast where they are retained in order to copulate with them, although they were generally already pregnant by the haren alpha male. Sometimes old or sub-adult males kidnap the female and the young follow them, although the male does not allow the mother to take care of the puppy, which usually dies of hunger.

Finding a couple of lone sea lions on the beaches near Puerto Pirámides and outside the breeding colony, we are undoubtedly witnessing a “kidnapping.”